The official Sony forums were never an enjoyable place to hang out. The site code was terrible, the servers were slow as molasses, the rankings system was broken until it got totally destroyed, and there were too many “post and run” people who would post one issue or complaint and disappear forever.

Last week, Sony finally put the nail in the coffin by announcing that they would be shutting down the forums completely on February 20, 2020. The community is obviously bummed out, and they’re also not holding their breath about Sony keeping at least an archive of existing posts. Sony will most likely wipe the site out completely and there won’t be a trace of the old forum left after they’re finished.

That’s the bad news. The good news is that the PlayStation gaming community has organized and launched a new forum, which will be run independently and hopefully not have any of the issues that the Sony-run site had. The new site is appropriately called PlayStation Forum. It seems to run on the XenForo forum engine, has a simple design with good features, and the END_OF_DOCUMENT_TOKEN_TO_BE_REPLACED

Our site’s look was overdue for a refresh, and we finally upgraded it to WordPress’s latest Twenty Nineteen theme today. While I love the style’s bold look, fonts, and readability, especially compared to the Twenty Fourteen theme that we used previously, the theme’s customizability is a bit of a letdown.

Yes, that copyright text again. Sixteen years after its initial deployment, WordPress still doesn’t provide users with an easy way to get rid of the “Proudly powered by WordPress” text in the copyright (aka siteinfo) section of the footer. Please don’t take this the wrong way. I am, in fact, proud, that Ajax World is powered by WordPress or else we would choose a different CMS to manage END_OF_DOCUMENT_TOKEN_TO_BE_REPLACED 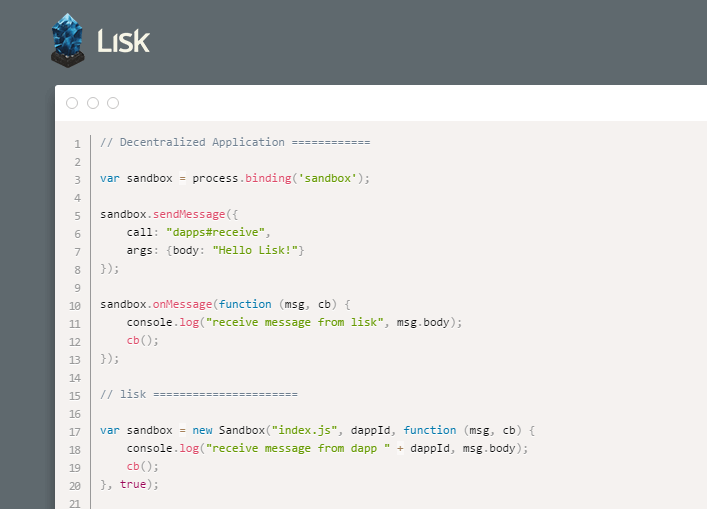 Lisk, a smart contracts blockchain platform with a built-in cryptocurrency concluded its month-long initial offering with a bang on Monday morning with over $7 million raised in funds from individual and institutional investors. That makes Lisk the second most successful crowdfunding campaign ever for a cryptocurrency, and the END_OF_DOCUMENT_TOKEN_TO_BE_REPLACED

Transportation doesn’t usually get people super excited or cause uncontrollable media storms, that is unless that transportation is based on a crazy white paper written by Elon Musk. Only a week ago SpaceX announced a pod competition (no, not a pod race, but thanks for the Jar Jar image, NBC) that would take place in 2016 on a test track soon to be built by Musk and co.

Well, yesterday SpaceX teased the press with a Vine showing some neat CG of what seems to be Hyperloop, except it’s so fast you can’t really see it, along with the announcement that 700 people have signed up for the Hyperloop pod competition. I imagine Hyperloop Forums will see an upsurge in activity now, with participants and spectators alike sharing their vision for END_OF_DOCUMENT_TOKEN_TO_BE_REPLACED

I noticed a new icon in my Chrome tab this morning and after a brief investigation learned that the new icon represents a new Google AdSense logo.

Not sure yet how I feel about it, but it’s certainly more distinctive and modern and less generic than the old-school version. Maybe Google’s next step will be overhauling the horrific AdSense web interface and, gasp, maybe even building a competent END_OF_DOCUMENT_TOKEN_TO_BE_REPLACED

Having spent some time playing with Microsoft’s new Twins or Not tool, I’ll admit–it’s addictive.  The hilarity of the face recognition results, along with the viral nature of the app, will surely propel the new site to the top of Alexa ranks, which is exactly what happened to Microsoft’s previous app called How old am I or something of that nature.  In fact, Mat Velloso, the Microsoft developer responsible for the app, just reported via Twitter that Twins or Not has reached one million END_OF_DOCUMENT_TOKEN_TO_BE_REPLACED

During a Christmas vacation binge of How I Met Your Mother (we’re already on Season 6), I couldn’t help but get distracted by Marshall’s story in the Desperation Day episode about his family spending time in the Upper Peninsula when he was a kid.  Something didn’t sit right with me as soon as I heard that story.  It’s a known fact that Marshall’s family is from Minnesota (in fact, that’s where the episode takes place), so Marshall’s story would imply that Minnesota has an upper peninsula.

Mind you, we have some family in Michigan, so I am already very familiar with one pretty famous place called the Upper Peninsula (located in Michigan, of course).   I immediately darted to a computer to search whether Minnesota has an upper END_OF_DOCUMENT_TOKEN_TO_BE_REPLACED

If I could have an old-fashioned American nickel for every time I heard the word “Bitcoin” in the past month, I could probably buy, well, a Bitcoin.  That’s right, the price of Bitcoin skyrocketed in 2013, and while the boat was rocked a few times, most recently when China said it would “ban” Bitcoin (lol), it’s continuing to hover just under $900, which is pure insanity, given that a kid from my middle school hacking club was trying to convince me to join him in mining Bitcoins 3  years ago.

You realize where I would be if I had followed his lead, right?   That’s right, not writing posts on Ajax World, but maybe enjoying a jacuzzi END_OF_DOCUMENT_TOKEN_TO_BE_REPLACED

Can the Wii U survive?  Pretty common question these days if you frequent gaming message boards.  Sometimes this question is asked by trolls, but often genuine Nintendo fans also can’t help but wonder just what the heck the folks in Kiyoto think they’re doing.

Wii U hasn’t sold well.  At all.  Its game library is lacking.  And the PS4 and Xbox One are out and attacking at full speed, both having already broken several retail records.  What should Nintendo do?

Nintendo fans have never been shy about thinking they can all be CEOs of Nintendo and lead it to guaranteed success that will annihilate Sony and Microsoft within a month.  One guy on Nintendo Forums went into a tirade  about how just about everything with Wii U is wrong and it’s doomed to fail.  But I really don’t think so.

There is one thing that matters with Nintendo systems. END_OF_DOCUMENT_TOKEN_TO_BE_REPLACED

I knew this day would come.   My family has finally made the decision to call it quits on Comcast and cancel the ENTIRE cable TV package.  I would find it hilarious if it wasn’t so painful for them to pull the plug.  Let me explain.

We are heavy watchers of soccer, or football for you non-muricans.  Anything from Premier League, to cheesy Latin friendlies, to the MLS, we will watch.  But the main focus of our sports-watching activities has always been Spanish football–we are huge La Liga fans.  Ronaldo, Messi, Barcelona, Real Madrid, and everything in between–we spent many early mornings watching live La Liga games.

Is there life after cable for soccer fans?   END_OF_DOCUMENT_TOKEN_TO_BE_REPLACED

Some kid in my online Photoshop class made a mockup of the iPhone 6 and uploaded it by “accident” for group review instead of the assignment.  He was obviously trolling, and normally this wouldn’t be something to post on Ajax World, but it was actually a pretty good mock-up and, most importantly, and indicator of how early the hype for Apple products begins prior to their release.  We have a whole 10 months to go before the iPhone 6 event (presuming it will happen in October), and people are already END_OF_DOCUMENT_TOKEN_TO_BE_REPLACED